A downloadable game for Windows

This is a vertical scroll 2D Shoot 'em up(shooting game). You can operate the fighter MoonStriker which implements lock-on lasers. The player is destroyed with one damage, but if there are reserve players, player revives on the spot. The difficulty can be selected from easy level, normal level and hard level.

The cursor for lock-on is displayed in front of your plane. While pushing the shot, the cursor becomes effective, and the cursor's color varies from white to aqua. You can lock-on by matching the cursor with enemies. The number of the lock-on availability is 5 in initial level. It becomes up to 12 by taking the power-up item.

In addition, you can fire in any timing without waiting for automatic discharge. In the case of any of the following, lasers are fired in an arbitrary timing.

Lock-on laser is possible for both aerial enemy and ground enemy.

In title menu, you can select Arcade mode or Caravan mode. In case Windows or Mac, the windows size changes with left or right button in 3 sizes. And you can change Full screen or Window with pushing the Enter key. Once you start the game, you can't change the window.

It constructed in all 7 areas. In the first time, you can only start form area 1 . Once you complete the area, you can select next area in the next play.

If you select a caravan mode, you can enjoy a 3-minute score attack in the area for exclusive use of the caravan mode.

The score is recorded automatically. Since there are various ways to score up, please try these actions. Since the next enemy appears when you destroy the enemy, you can defeat more enemies by defeating enemies quickly. It is important that you never die in the middle of the area in order to keep cristals and get the additional scores. In addition, you should not miss bonus ememies because a lot of bonus enemies appear in the calavan area. 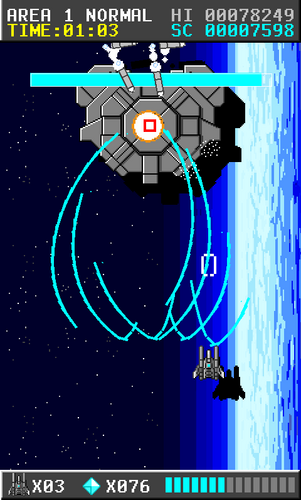 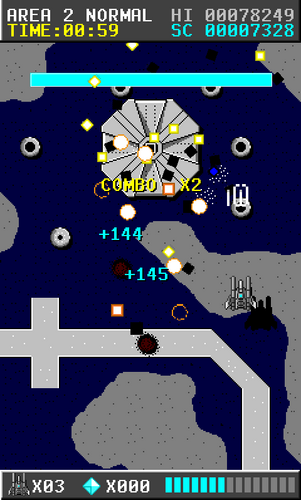 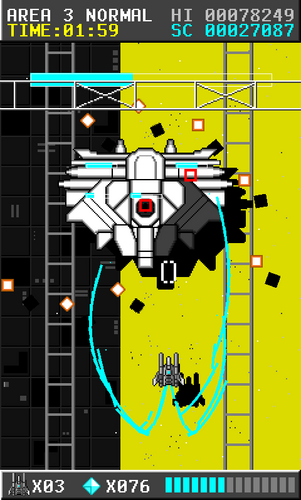 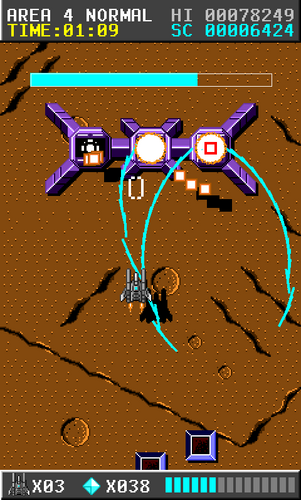 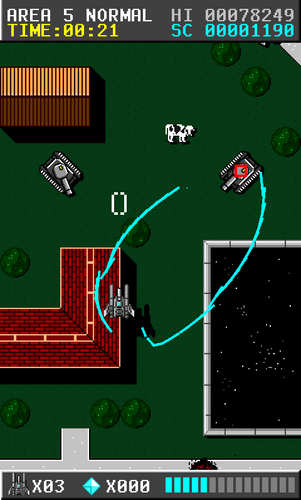 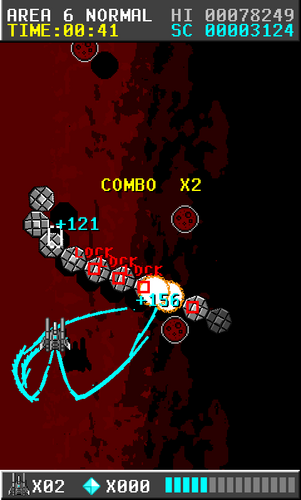 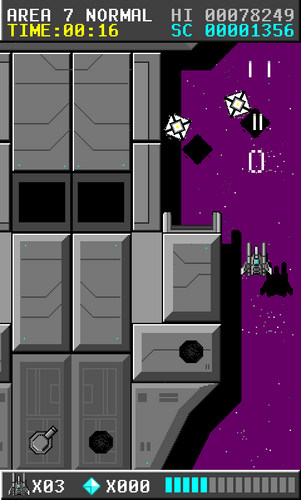 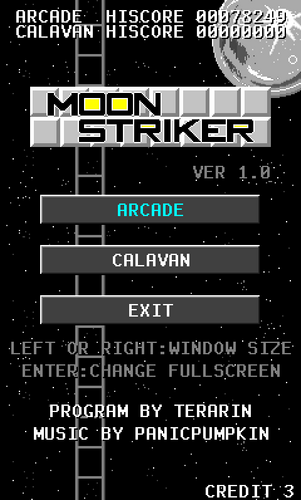 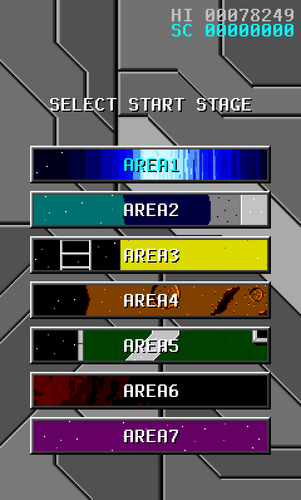